After many players graduated and hit the road last year, the University of Winnipeg (U of W) Wesmen men’s soccer program is welcoming a lot of new talent.

The team has a rotation of between 20 to 22 players, 10 of which are first-year players. There is only one fifth-year player left. However, age isn’t the only factor the team needs to consider.

“The team is very young now. All the young players are very technically good and with experience in a couple years, the young guys coming in now will be a very good team,” Braeden Hidalgo-Mazzei, the team captain, says.

With intense training four times a week and two games every weekend, the team is working hard to improve.

“We do a lot of work on shooting, passing, everything. Some team drills. I find practices always satisfying and good,” Krzysztof Szulc, a centre midfielder, says.

For the coach the biggest change was not on the field.

“I think we’ve got a really good attitude, a lot of commitment. They’re very passionate about the game,” Daza says. “I think that’s one of the biggest improvements this year is their attitude.” 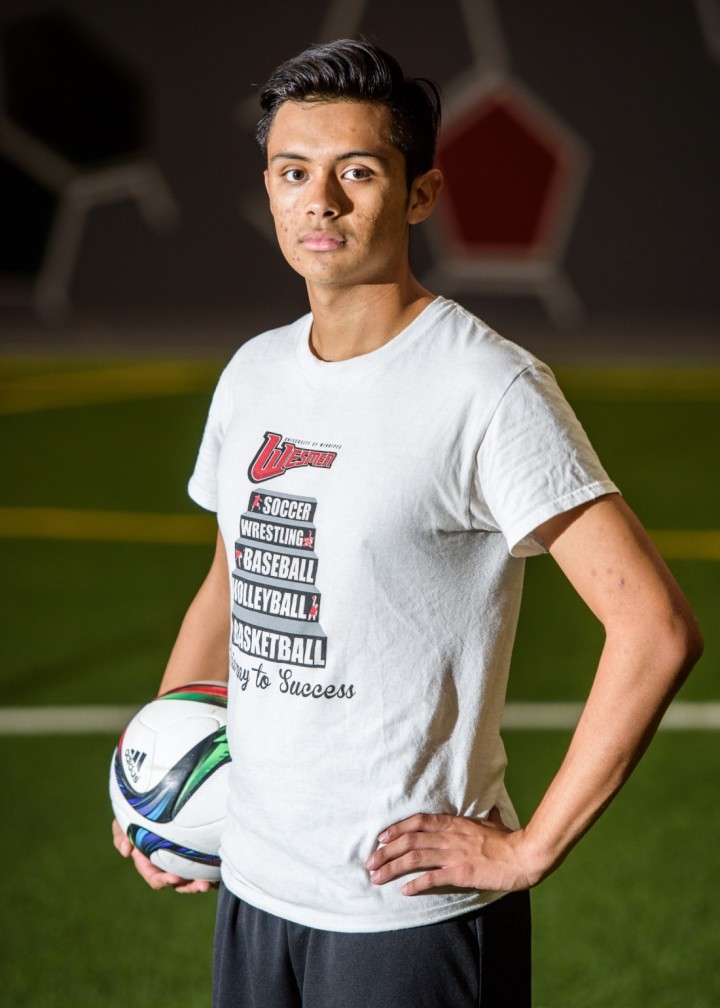 Another great addition to the team’s success is a new field at the Axworthy Health and RecPlex. Having a new field to practice and play home games is really convenient for the team.

“Now with this beautiful facility here… we will get better,” Daza says.

Even though games can be difficult and its opponents are strong, the team fights together to do its best.

“We are a really close team this year. So I feel like we work hard for each other on and off the field, so that shows in games,” Szulc says.

When in the game, the players have their ways of fighting with the tension.

“I think everyone starting the game is a little bit nervous. But as a game progresses, I usually feel a little bit more comfortable and confident,” Ryan Baker, the team’s centre-back player, says.

“I just try to keep everything simple, calm and that’s how I try to play my game on the field”, Krzystof says

While working hard to get the new players ready for the games, the coach stresses what is really important for the team.

“The main thing for me is we have a really good group of guys, the attitude is there and they put in a lot of work,” Daza says.

The Wesmen men’s soccer team plays a double-header against the University of Calgary on home turf Saturday, Oct. 24 and Sunday, Oct. 25. Both games start at noon.

The team is currently 1-1-6 in terms of games won, tied and lost, which leaves them in last place in the prairie division of the CIS Canada West standings.