Plays November 1, 2 and 6 at Cinematheque

It’s hard to overstate the influence of director Robert Altman. In his nearly 60 years as a filmmaker, he pioneered a naturalistic style utilizing ensemble casts, improvisational dialogue and a subversive attitude that helped define the New Hollywood of the 1970s. He helmed such classics as MASH, McCabe & Mrs. Miller and Nashville, as well as cult favourites Popeye and Secret Honor. He made stars of Donald Sutherland, Shelley Duvall and Elliott Gould.

With such a storied career, it’d be nearly impossible for any documentary about Altman to be comprehensive. Ron Mann’s Altman doesn’t make the mistake of trying to be. Instead, he focuses on the man and his work ethic. What could have been a glorified A&E Biography episode is mercifully free of talking heads and “Voice of God” narration. Instead, the film is constructed with anecdotes from Altman and his family, peppered with astonishing behind-the-scenes footage, home movies and previously unseen short films. Mann makes some odd choices, like breezing past McCabe while spending more time on lesser works like HealtH. But there’s plenty of other material out there on Altman’s classics if you want it. His work on Whirlybirds, the ‘50s TV show about helicopter rescues, is another matter.

My favourite thing about Altman is how it constantly reminded me that my already grand estimation of Altman’s influence was selling him short. This is the guy who gave us Robin Williams, Clive Owen and Lily Tomlin. His HBO series Tanner ’88 incorporated current-day TV trends like mockumentary comedy (Parks and Recreation, Modern Family) and insider American politics (House of Cards, Veep) over 25 years ago, yet still feels ahead of its time. While Altman can’t hope to capture every aspect of this director’s incredible career, it never feels inadequate. It’s an absorbing tribute to a major film artist. 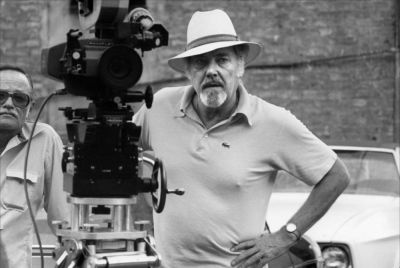