A hot bowl of healthy 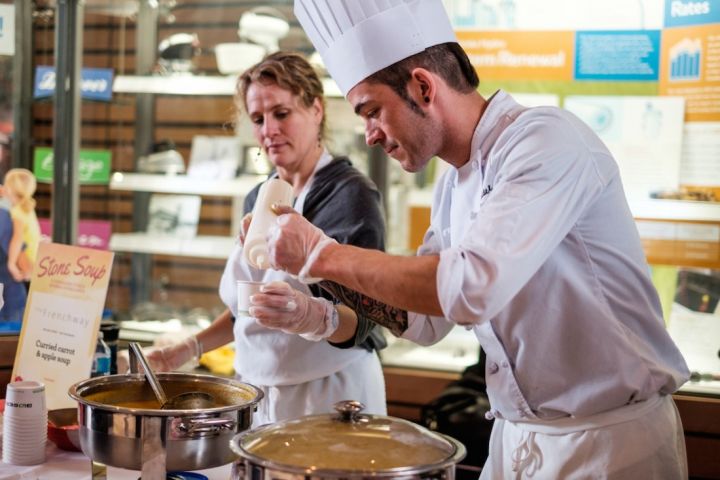 The lobby at the Manitoba Hydro Building was full of people at noon on March 16. They were buying tickets for soup made by professional chefs from 12 restaurants sponsoring the Stone Soup 2016 fundraiser organized by the Child Nutrition Council of Manitoba (CNCM).

Viola Prowse, executive director of CNCM, was eager to tell the folk story behind the event’s name. It’s about two hungry and penniless men in a village who, having no food, decided to make stone soup. As soon as they started to cook the stone, villagers start to come by, one by one, with a different vegetable in hand, and so, the two men ended up making a big soup for everyone instead.

“In the end, it is the community coming together to help nourish, and in that also they become a community of people who are now talking to each other and contributing and so forth. We see our program that way, the need for the community to come together and make sure that the children are nourished,” Prowse explains.

The council supports over 230 school and community-based breakfast, snack, and lunch programs across Manitoba serving over 21,000 children and youth annually. However, Prowse says that in 2001 when the program started, they confronted deeply-seated apathy and rejection. 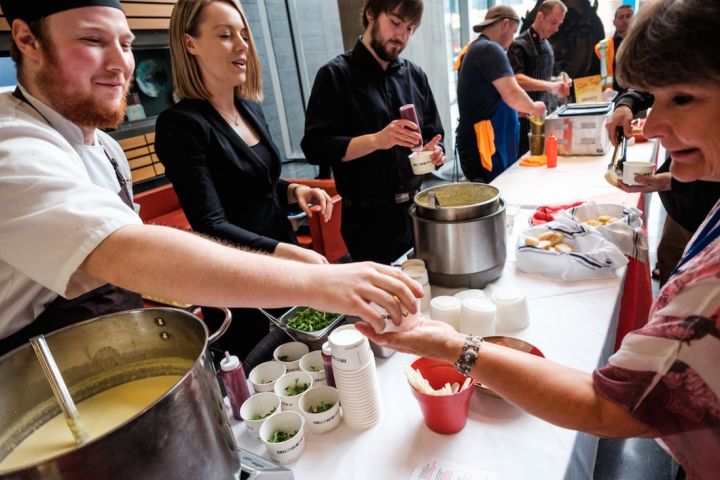 “When we started, people said why do we feed children in the school? We don’t need to do that, why are we thinking about that? Now, you know, it’s the opposite, it has grown up so much.”

“Events are incredibly important drivers to the downtown, and this event has seen tremendous growth and participation from the business community, all in support of a great cause,” he says.

Deanna Prince, chef for Feast Café and Bistro on Ellice Avenue was serving Manitoba bison barley with roasted root veggies and spring peas. It was her first time participating in the event.

Prowse explains that there are many children in Manitoba who go to school hungry. 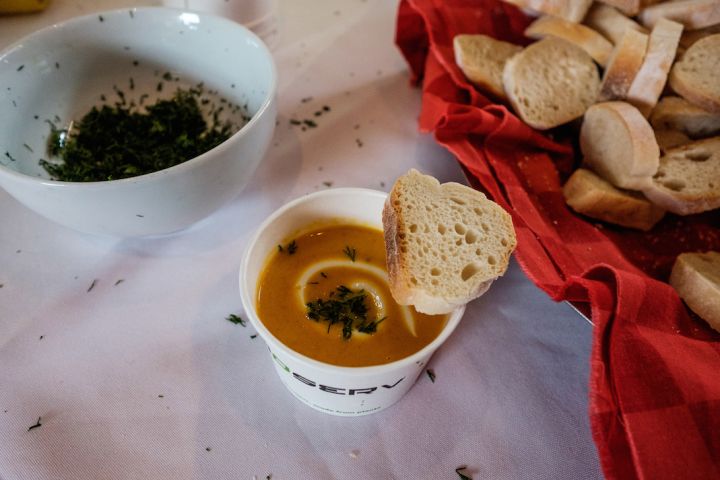 “Everybody should be concerned with what’s happening to kids... there are some kids who haven’t had breakfast, haven’t had proper nourishment, sometimes they haven’t eaten the night before; they can’t function.”

She also says that some schools have decided that all children get a vegetable and fruit snack because they have found that “almost every child is not getting the fruits and vegetables they need.”

“Everyone should be concerned that all kids in the class have an equal chance of learning. But it’s not only important to the learning – it’s also important for the health because kids learn a lot about healthy eating in these programs,” Prowse says.