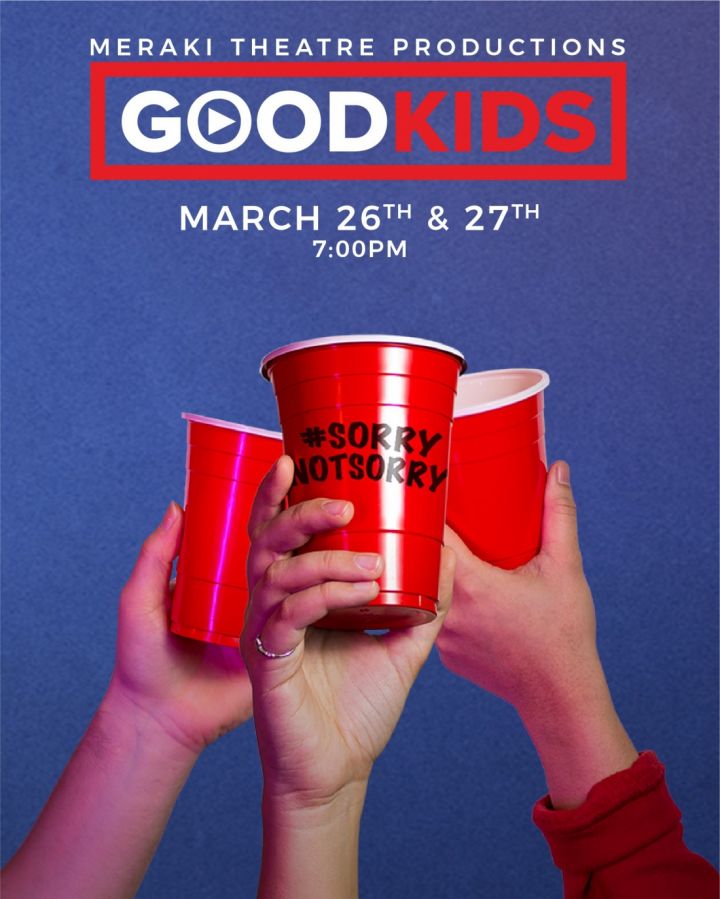 Join us for the Canadian Premiere of the play Good Kids!

Set in a world of Facebook, Instagram, Twitter, YouTube and smartphones, "Good Kids" (written by Naomi Izuka) is a play about a sexual assault that happens at a high school party and it's very public aftermath. Who's telling the truth? Whose version of the story do you believe? And what does that say about you? We will be donating 10% of all ticket proceeds to the West Central Women's Resource Centre.

Tickets are available at this link:
www.merakitheatre.com

Support Ticket Option: If you'd like to support the production but are unable to attend, we do have support tickets available. Support tickets are available by clicking on one of the dates and selecting the "Support Ticket" option. Not only will you be supporting the production, but 10% of the proceeds are still donated to the West Central Women's Resource Centre, and we will donate 1 ticket to a community organization for every support ticket that is purchased.