From the Photo Editor’s desk :: There’s always a backup… Usually…

The cover is the first thing that everyone sees when they glance at the paper. It’s what helps them make the decision to pick up the paper and read it. So, when we look at what to put on the cover, we usually try to have a backup just in case the the original idea doesn’t pan out.

That can happen for numerous reasons. For example, we’re waiting on a supplied photo that might come in at the very last minute… or not. We can’t really publish the paper without a cover image (I wouldn’t mind trying but I think I’ll get in a lot of trouble with my managing editor…) so we need to have “Plan B.”

The public rarely sees these Plan B photos. Sometimes they get shifted to another issue if the image is appropriate, but more often than not, they sit on my hard drive collecting digital dust.

Below is the alternative cover for the next issue, which hits stands this Thursday (Sept. 13).

The actual cover image we’re using was shot this morning, the last possible day for photos to make it into the issue. In this case, it was a matter of scheduling with the people involved that pushed the shoot back so close to the deadline.

It all worked out, but this is what would have been on the cover if it hadn’t. 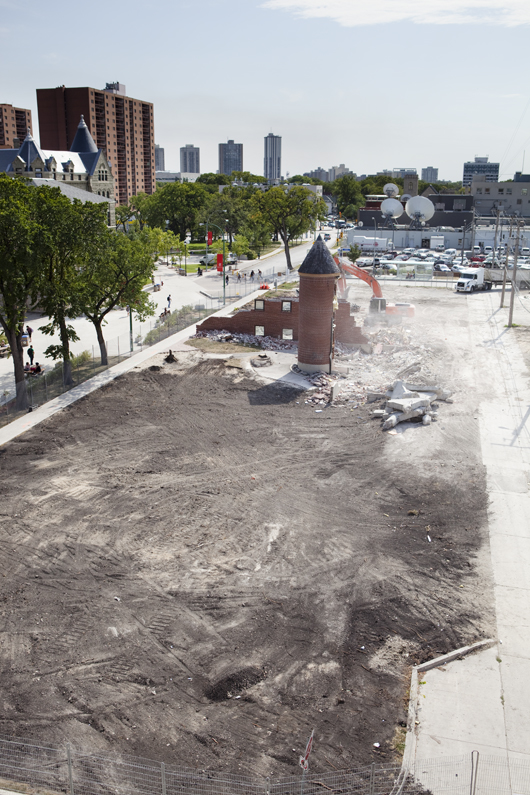 September 10th, 2012 - The tower of is all that is left of McNamara Hall on Spence St. The building is being demolished to make way for the new Health and RecPlex. ( photo by Dylan Hewlett)

To read more thoughts and see more photos, check out my blog at blog.hewlettphotography.ca