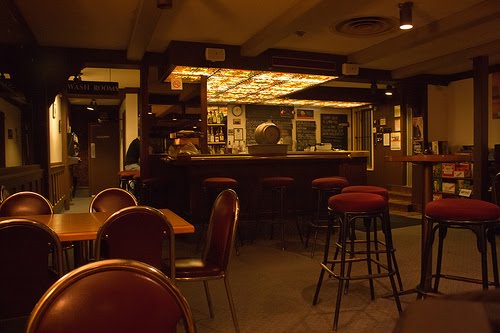 Division of Power is a biweekly exploration of politics and federalism as it pertains to Winnipeg.

Today, a small group of Occupiers decided to take their Memorial Park encampment to the next level by annexing Andrew Swan’s constituency office; an elected Member of the Legislative Assembly and a sitting cabinet minister who has publicly supported the Harper Conservatives’ omnibus crime package (Bill C-10).

The group’s opposition is duly noted (I agree with most of it) and they have been quite vocal, particularly through a rally on November 8 at the Manitoba legislature.

However, it is difficult to understand what they hope to accomplish by unlawfully “occupying” Minister Swan’s constituency office.

If these protests are about opposing Bill C-10, in particular, then there were several different and far more constructive ways to go about that opposition—-including, but certainly not limited to, volunteering/donating/voting for either the Liberal Party of Canada or the New Democratic Party in the Spring federal election.

Or by volunteering/donating/voting for the Manitoba Liberal Party, who have been largely critical of C-10, in the provincial election.

Or by organizing their apparently vast collective efforts to create their own provincial or federal party.

Or simply by vocally speaking out against the Conservative Party of Canada when they were seeking an elected mandate from the people of Canada; a mandate that included these crime measures; most of which had been tabled, at some point or another, in the House of Commons during their last five years of minority rule.

Or, if there are structural concerns, getting involved and forcing a political party to take seriously the notion of electoral or democratic reform.

But these protests are not about Bill C-10 or the Conservative Party or Andrew Swan and the NDP.

Most, if not the majority, of these protestors (or “Occupiers”) argue primarily for the overthrow of our current capitalist, democratic political system through severe acts of civil disobedience. This was clear today with calls to abolish the police and prison system outright.

Due to this single-mindedness, the tone of civil discourse in the city of Winnipeg and at the University of Winnipeg has been significantly poisoned over the past two months.

Take, for example, the “occupation” of a recent open forum on safety organized by the Downtown Business Improvement Zone (BIZ).

Due to the intrusion of several protestors, one of whom mockingly brought a lasso in a parody of the BIZ branding its series of three forums the “Downtown Round-Up,”  the debate had to be virtually shut down.

Not only were these people vilifying the Downtown BIZ, but they were vilifying Jack Jonasson of the Lo Pub for hosting a forum featuring politically Conservative panelists.

What they failed to remember is that I, in conjunction with CKUW, moderated an event at the Anarchist collective Mondragon featuring a largely Conservative panel last winter.

What the Occupiers also fail to recognize is that, when I or anybody else question their methods or the content of their ideas, we are not blindly defending capitalism or the Downtown BIZ.

I can speak favorably about the A-zone Co-op and their bid to purchase an Albert Street building without being an anarchist just as I can respectfully attend a forum on safety without supporting everything, or anything, that the Downtown BIZ does.

Life, politics and public policy, more often than not, are only accurately portrayed with shades of grey.